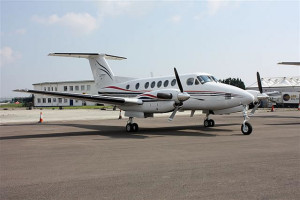 An Angry Passenger Sues Silver Airways.  It was not about the money. John Bristol took a weekend flight to Aruba on Silver Airways.  The flight from Fort Lauderdale was only one hour. Further, it was a very small airplane. Surely all the baggage would arrive with the passengers. Nope, Bristol’s bag did not arrive at the Marsh Harbour airport.

Bristol went to the customer service desk to inquire about his bag. Bristol stated that he could see the few passenger bags loaded on the airplane. How could his be missing? The Silver Airways customer service representative in Marsh Harbor was shockingly rude. Bristol was informed that his bag was not put on the airplane and he would not receive his bag until the next day. This was a weekend vacation. Bristol would be without his bag for more than half of his vacation. Being with clothing was bad enough, but the shocking rudeness of the Silver Airways employees made Bristol angry.

The next day, (more than 24 hours later) Bristol called Silver Airways customer service to inquire about his bag. Once again Bristol was met with shocking rudeness from Silver Airways employees. Bristol was informed that his bag did arrive at the airport but it would be several hours before the bag would be delivered to him. That was enough. Bristol paid a taxi driver to go to the airport and pick up his bag. That’s right, a taxi with no passengers – just a small bag of clothing.

Needless to say, Bristol was angry after being treated so poorly by Silver Airways. Bristol decided to file a lawsuit for the damages he suffered in Small Claim Court in Broward County, Florida specifically, Bristol Angry Passenger Sues Silver Airways. It was not about the money, it was about poor customer service said John Bristol.