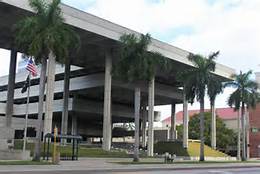 I have been appointed the Chapter 13 Bankruptcy Court Trustee in your case.

Please visit the website for valuable information that will assist you during this unfamiliar time. The Guidelines for the Debtor is located in the Debtor Section of the Website. Please read and keep a copy of the Guidelines as a reference tool throughout the term of your plan.  You may either make your plan payments through the Online Payment Center or by mailing a Cashier’s Check or Money Order to:

Robin R Weiner
P. O. Box 2258
Memphis, TN 38101-2258
If you prefer making payments online, please visit the website and select the Online Payment Center link for instructions. The preferred online payment option is secure, fast and convenient. A Quick Reference Guide describing the process is attached.
Addressed labels are provided for your convenience if you prefer to make your payments by Cashier’s Check or Money Order or if you are required to make payments by Wage Deduction Order.
You may access your case information by visiting the National Data Center online.  Instructions for accessing the National Data Center is located on the website mentioned above. Debtors: Please contact your attorney with any questions or concerns regarding your Chapter 13 Bankruptcy case. Please do not call or email this office directly. In the event, you believe it is necessary to communicate with this office, please either fax a letter to the general fax line or mail it to the correspondence address and be sure to include your phone number, fax number and a return address.  Please do not attempt to contact the Bankruptcy Court directly through the e-mail address.  It is important to remember that your Bankruptcy Attorney, John Bristol is your gateway to the Bankruptcy Court.  Your Fort Lauderdale Bankruptcy Lawyer, John Bristol has specific instructions on how to contact the Bankruptcy Court's office.  Therefore,  Please contact John Bristol, your bankruptcy attorney prior to attempting to contact the Court's office directly..

In the United States, a Bankruptcy Court Trustee is a person who is appointed by the United States Department of Justice or by the creditors involved in a bankruptcy case. In a Chapter 7 Bankruptcy ("Liquidation") the duties include gathers the debtor’s non-exempt property, managing the funds from the sale of those assets, and then paying expenses and distributing the balance to the owed creditors.

In a Chapter 13 Bankruptcy ("Reorganization") the responsibilities include receiving the debtor’s monthly payments and distributing those funds proportionally to the debtor's creditors. The Bankruptcy Court will act on behalf of the debtor to guarantee that both the creditors’ and the debtor’s interests are maintained in accordance with the bankruptcy laws, and will often be required to act as a negotiator between the two parties.

Since the 1990s, duties similar to those of a trustee are sometimes performed by an individual called a Chief restructuring officer (CRO), generally prior to, or subsequent to, a bankruptcy proceeding (generally, a Chapter 11 proceeding). A CRO is an official of the company who has direct contact with the creditors and who has executive power to implement changes. The advantage of using a CRO is that the arrangement gives both the creditor and debtor more say over the future of the company than might be the case where a Chapter 11 Bankruptcy Court Trustee is appointed.

From I 95: Take Sunrise Boulevard West to Pine Island Road

From I 595: Take Pine Island Road North to Sunrise Boulevard

The United States Program is a component of the Department of Justice that seeks to promote the efficiency and protect the integrity of the Federal filing bankruptcy system. To further the public interest in the just, speedy and economical resolution of cases filed under the Bankruptcy Code, the Program monitors the conduct of bankruptcy file and private estate, oversees related administrative functions, and acts to ensure compliance with applicable laws and procedures. It also identifies and helps investigate bankruptcy fraud and abuse in coordination with United States Attorneys, the Federal Bureau of Investigation, and other law enforcement agencies.

The Program was established by the Bankruptcy Reform Act of 1978 (11 U.S.C. § 101, et seq.) as a pilot effort encompassing 18 districts. It was expanded to 21 Regions nationwide, covering all Federal judicial districts except Alabama and North Carolina (see Note below), by enactment of the Bankruptcy Judges, U.S. Trustees, & Family Farmer Bankruptcy Act of 1986 (Pub. L. 99-554, 100 Stat. 3088, reprinted in part at 28 U.S.C. § 581, note). The Program is funded by the United States Court System Fund, which consists primarily of fees paid by parties and businesses invoking Federal bankruptcy protection. The primary role of the U.S. Trustee Program is to serve as the "watchdog over the bankruptcy process.

The mission of the United States Program is to promote the integrity and efficiency of the bankruptcy filing system for the benefit of all stakeholders – debtors, creditors, and the public. The Attorney General is charged with the appointment of United States Trustees and Assistants. The Executive Office for U.S.  Courts (EOUST) in Washington, D.C., provides general policy and legal guidance, oversees the Program's substantive operations, and handles administrative functions. The Director of the Executive Office, whose authority derives from the Attorney General, oversees a staff comprised of the Offices of the Director, General Counsel, Criminal Enforcement, Administration, Oversight, Planning & Evaluation, and Information Technology. The Executive Office also provides administrative and management support to individual Offices in their implementation of Federal bankruptcy laws.

In Chapter 7 Bankruptcy "liquidation" proceeding, those assets that are not exempt from creditors are collected and liquidated (reduced to money). The proceeds are distributed to creditors by a private employee appointed to administer the debtor's estate under Chapter 7 Bankruptcy (see generally 11 U.S.C. §§701-704). An eligible debtor may receive a "discharge" from his or her debts under Chapter 7 bankruptcy , except for certain debts that are prohibited from discharge by the Bankruptcy Code.

Reorganization proceedings (usually business-related) under Chapter 13bankruptcy offers a procedure by which an individual or a business may attempt to "reorganize" its debts while continuing to operate. The vast majority of Chapter 13 Bankruptcy cases are filed by individuals. The debtor, often with the participation of creditors, creates a reorganization plan under which to repay all or part of its debts. The "debtor in possession" may generally continue daily operations pending reorganization, unless a mediator is appointed under Chapter 13 Bankruptcy (see, e.g., 11 U.S.C. §1104).

Section 1930(a)(6) of the U.S. Code prescribes "quarterly fees" that are to be paid by Chapter 13 Bankruptcy Court Trustee to debtors in the U.S. Courts Program. In essence, quarterly fees accrue throughout the Chapter 13 bankruptcy reorganization case (i.e., until the case is closed, dismissed, or converted to another chapter) and are payable on a quarterly basis, 30 days following the end of each calendar quarter. "The amount of the quarterly fee [is] calculated according to a graduated scale based on the total sum of disbursements" as specified in §1930(a)(6), and "disbursements" include all pre- and post-confirmation payments made by or on behalf of the debtor, including routine operating expenses. See, e.g., Tighe v. Celebrity Home (In re Celebrity Home Entertainment, Inc.), 210 F.3d 995 (9th Cir. April 21, 2000). For more information regarding Chapter 13 bankruptcy fees, please contact the Office of the United States Courts in the judicial district where the case was filed.

The Law Office of John Bristol, 1776 N. Pine Island Road, #224, Plantation, Florida 33322 is a debt relief agency.  We help people file for bankruptcy relief under the Bankruptcy Code.  Disclosure: The hiring of a lawyer is an important decision that should not be based solely on advertising.  Before you decide please ask us for information concerning out qualifications and experience